PORT OF SPAIN, Trinidad (CMC) — Commissioner of Police Gary Griffith today (Mar. 26) ordered the closure of the Arouca Police Station along the east-west corridor, after a police officer with a recent travel history developed flu-like symptoms this week.

Griffith said that the officer left the country on March 4 without the necessary approval and knowledge and went to St Maarten. 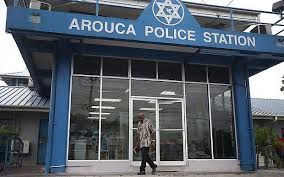 He returned three days later and instead of going into self-quarantine, returned to work the following day. In a statement, the Trinidad and Tobago Police Service (TTPS) said as a precautionary measure, all officers of the Arouca Police Station were ordered to go on self-quarantine.

Griffith, who is himself in self-quarantine following a visit to the United Kingdom, said the Arouca Police Station has been temporarily closed as a result and sanitization of the premises will begin on Thursday.

He said arrangements have been made for other nearby police stations to provide security for residents in the area.

He has also promised increased patrols in the Arouca District and that when the station is reopened it will be manned by police officers from other stations.